To be young, gifted and watercolored

Yesterday, Premium Times excited my fellow list lovers and me by publishing a teaser of their 2014 list of Most Influential Africans. I’m certain their overview is more impressive than the illustration that ‘graced’ it and I’m sure we’re not even a three digit countdown away from someone who’ll start philosophizing about artistic freedom or an illustrator’s right to abstractions and interpretations but really… what’s up with this colouring? At least six of them are buckets of white lighter than they truly are.

1. Lupita “My Dreams Are Valid” Nyong’o. If it wasn’t for the dress, this could have depicted Halle Berry.

2. Truth be told… I’m not certain about who the lady next to Nyong’o is supposed to represent. If I didn’t know better I would hope that the illustrator saluted South African singer and composer Sathima Bea Benjamin because her influence and artistry remains ever so relevant but I doubt that my jazz heart will be so lucky. Speaking of luck… this isn’t C.A.R.’s interim president Catherine Samba-Panza, is it? 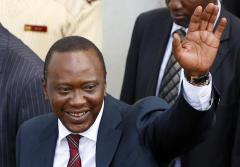 4. This one made me Google all the names in the text but if my Sherlock senses don’t deceive me, this is Donald Kaberuka, President of the African Development Bank and Rwandan economist.

The questions write themselves.

Posted on November 25, 2014, in Imagery and representation. Bookmark the permalink. Comments Off on To be young, gifted and watercolored.